The Cannon Group would release its fourth instalment of the Charles Bronson-led Death Wish series on November 6. Titled Death Wish 4: The Crackdown, the movie would lose original trilogy director Michael Winner, along with a chunk of its budget, resulting in a much more limited release. Winner would refuse to return for the sequel after clashing with Bronson during the filming of Death Wish 3, an absurd instalment that would take the character’s eye-for-an-eye John Wayne act to absurd extremities, a fact that displeased the actor greatly. Cannon had also begun belt-tightening thanks to a series of big-budget flops such as Pirates, Masters of the Universe and Superman IV: The Quest for Peace, after attempting to recreate the success of their solitary box office smash in the Stallone-led vigilante clone Cobra. Thanks to a background in producing bargain-basement scripts and a history of haphazard productions, their attempts at mainstream hegemony failed to materialise.

Churning out more of the same, Death Wish 4 would see protagonist Paul Kersey seeking retribution against a Los Angeles drug syndicate after the death of his girlfriend’s daughter. The movie would take the series in a decidedly more caricaturistic direction at the request of producers Menahem Golan & Yoram Globus, who were looking to make a “mindless movie with non-stop action”.

Maybe I’m missing something here, but hadn’t they always?

Critically, Death Wish 4 didn’t pull up any pillars, but the consensus would cite it as the best of all sequels — presumably because it was the least offensive following the hugely cynical Death Wish II, a movie that glamourized the violence it was supposed to be condemning as Michael Winner desperately sought a hit following a career-low downturn.

Death Wish 4 would gross just shy of $7,000,000 at the box office from a $5,000,000 outlay, a much needed boost in light of recent losses, but the movie would truly flourish in the VHS market after Cannon secured a $2,000,000 advance with Media Home Entertainment for what would prove to be the best selling entry in the entire series.

By November 1987, Arnie was well on his way to becoming the most recognisable movie star in the world, and King’s dystopian nightmare about a man forced into a deadly reality TV show in order to support his sick daughter had all the prerequisites to boost Arnie’s credibility even further. It’s something of a shame that they chose to deviate so heavily from the source material. In hindsight, The Running Man has a Kitsch charm that works as a memorable time capsule for Reagan’s ’80s, with naff sets, gaudy costumes and the kind of Hollywood finale that makes fickle fare of the movie’s anarchic source material, but at the time it was not so well received.

Altering the novel’s global setting, the movie would confine its protagonist to a network studio, lending the production a small-time feel, while its futuristic speculations never seemed to stretch beyond 1987. The fact that Schwarzenegger’s Ben Richards sported a larger-than-life physique also robbed the movie of credibility as the book’s protagonist was much more of an underdog, a scrawny prole who better fit the story’s totalitarian themes. The book was later described by King as being “as far away from the Arnold Schwarzenegger character in the movie as you can get.”

I, for one, can attest to that.

Original director Andrew Davis was fired one week into filming and Arnie put the blame squarely on his replacement, citing Glaser’s subsequent hiring as a mistake and claiming that he “shot the movie like it was a television show, losing all the deeper themes”, a comment which is hard to refute. Ironically, real-life game show host Richard Dawson would steal the show as disingenuous slimeball Damon Killian, the ratings-obsessed host of The Running Man.

In spite of the movie’s critical reception, Schwarzenegger would go on to solidify his place as sci-fi’s biggest attraction, starring in money-spinning efforts Total Recall and Terminator 2: Judgement Day to become Hollywood’s most lavishly paid superstar.

Critically, the movie was very well received, and though it was dwarfed at the box office by Leonard Nimoy’s vastly inferior Three Men and a Baby, it would become the second highest grossing movie of November. With ‘Planes’, Hughes would explore different themes, proving himself more than just a teenage angst filmmaker. 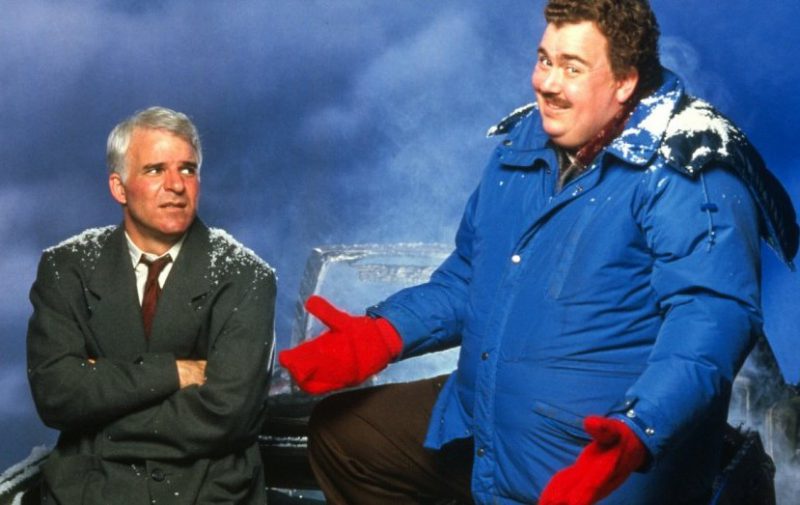 The story of a cynical ad man and his salt-of-the-earth companion-from-hell, the movie is essentially an odd couple farce, but its refusal to make caricatures of its leading men elevates it above the standard formula, while a heartbreaking twist provides it with enough emotional depth to keep your toes warm at a time of family and sharing. John Candy was a known depressive who struggled to live up to his onscreen image, and Hughes would channel that wonderfully for the actor’s finest career role as the bumbling Del Griffith.

The movie would become one of the best-loved comedies of the entire decade. It would also mark the beginning of the Hughes-Candy axis, the two collaborating on a series of films during the late 1980s, including She’s Having a Baby, The Great Outdoors and Uncle Buck. Candy was scheduled to star as a voice actor in Disney’s Pocahontas in the summer of 1995, but his character was scrapped following the actor’s tragic death on March 4, 1994 following a massive heart attack.

His impact on mainstream comedy during the 1980s should not be underestimated.

US Box Office Charts for November

The first two weeks of November would see the rental charts topped by Leonard Nimoy’s earthbound Star Trek IV: The Voyage Home. This would prove an exceptional month for the director as his movies dominated both the small and big screens, his quasi-romantic comedy Three Men and a Baby grossing a whopping $167,780,960 at the US Box Office. 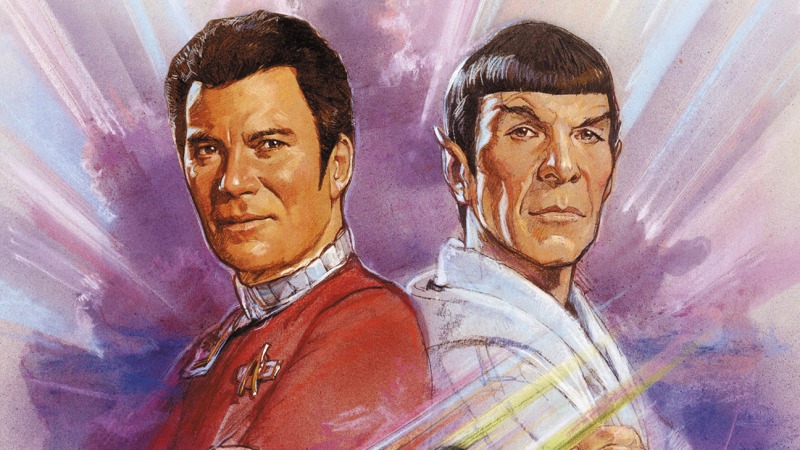 This time the crew are tasked with saving Earth from an alien probe, forcing them to travel back to 1986 San Francisco to locate the only living creature that can communicate with it: the humpback whale. The screenplay would undergo rewrites to please the honchos at Paramount, who would recruit Star Trek II: The Wrath of Khan writer Nicholas Meyer, a writer who immediately lent the film the social commentary previous versions had been sorely lacking.

After suffering from studio restraints for previous sequel Star Trek III: The Search for Spock, director Nimoy was given much more freedom after executives informed the director that the movie was to be his vision, but co-star William Shatner would play hardball, refusing to return for the latest instalment unless Paramount allowed him to direct to the following sequel, resulting in the creatively lacklustre Star Trek V: The Final Frontier.

The latter half of the month would see Nimoy usurped by Richard Donner’s blistering buddy cop movie Lethal Weapon, an action-packed extravaganza that would confirm Mel Gibson as one of Hollywood’s biggest stars. The film would go on to forge a much loved series, thanks to the actor’s magical onscreen chemistry with co-star Danny Glover. It would also introduce screenwriter Shane Black to the mainstream, whose witty dialogue and keen eye for characterisation helped establish one of the action genre’s finest onscreen pairings.

The story of a suicidal Vietnam veteran struggling to come to terms with the death of his wife, Martin Riggs’ journey from reckless loner to unlikely family man is one of the most relatable in the entire genre, the movie’s violence offset by the kind of festive warmth that would win the hearts of a generation. A mixture of breakneck action and heartwarming comedy-drama that has perhaps never been equalled, the movie would also announce Gary Busey as a major action star, his portrayal of crazed antagonist and ex-mercenary Mr. Joshua leading to roles in Predator 2, Point Break and Under Siege.

Lethal Weapon would precede another genre high-point in John McTiernan’s Die Hard, both movies revolutionary in their decision to put character front and centre in a genre dominated by hypermasculine invincible with brawn over brain — ironic, since Gibson and Die Hard actor Bruce Willis were each considered for the opposite role. Both movies were also produced Joel Silver, who had a significant, uncredited hand in the screenplay for Lethal Weapon. The movie would also confirm Richard Donner as one of the most gifted action directors of the era.

Alan Parker’s infamous psychological horror Angel Heart would marginally miss out on the top spot, spending three weeks at number 2 in the rental charts for November. The original cut was given an X rating by the MPAA due to an explicit sex scene involving actors Mickey Rourke and Lisa Bonet, but the film was later reclassified following a majority vote and released with an R rating.

Starring Robert De Niro as the devil himself, Angel Heart was well-received for its stifling neo-noir depiction of a New York private investigator hired to solve a missing persons case that leads him along a strange and supernatural path to self-destruction. So unnerving was De Niro’s performance as the prince of darkness that Parker did everything in his power to avoid him, allowing the actor to direct himself for the most part. It has been said the character Louis Cyphere was based on long-time collaborator Martin Scorsese. Marlon Brando was also considered for the role.

Among the movie’s admirers was source material author William Hjortsberg, who was particularly impressed with Parker’s adapted screenplay. Others saw the movie as overstylized. Commercially, Angel Heart failed to break even, with a paltry $17,185,632 return from its $17,000,000 outlay. Not even a heavy dose of controversy could save this one.

Disney’s re-release of Lady and the Tramp would spend November fluctuating among the top 5 rentals, as would Michael Gottlieb’s absurd romantic comedy Mannequin, in which Kim Cattrall’s doll-turned-woman, Emmy, falls head-over-heels with unemployed artist, Jonathan (Andrew McCarthy). Another in a long line of quirky ’80s romcoms, the movie was a ruthless venture designed to target specific demographics, and it shows. Lacking the sparkle of the majority of its peers, Mannequin is a cliché-laden exercise of by-the-numbers filmmaking with a distinct absence of heart.

The movie was originally set to star Dudley Moore as a lonely storekeeper, but was rewritten following the casting of McCarthy. Cattrall, who would later find huge success as an empowered harlot in New York based girlie drama Sex and the City, would claim that her role as the movie’s quasi-plastic lover interest would enable her to “grow up” as an actress, claiming “I’ve always been sort of a tomboy. I feel great being a girl, wearing a dress.” Who would have imagined!

Thanks in no small part to the success of the movie’s theme song Nothing’s Gonna Stop Us Now by Starship, Mannequin did fantastic numbers at the box office, with a gross of $42,000,700 — almost ten times its approximate budget. 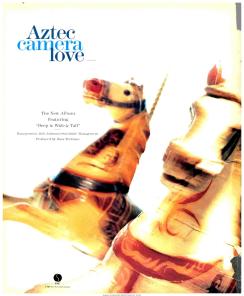 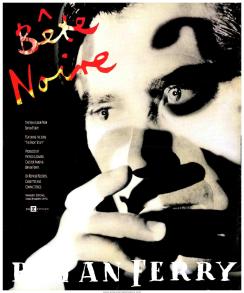 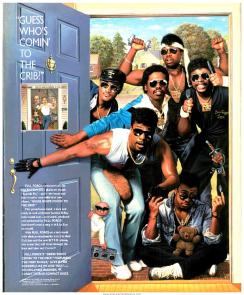 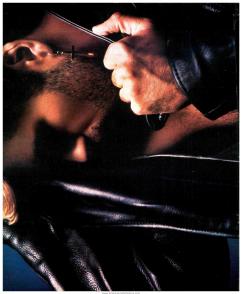 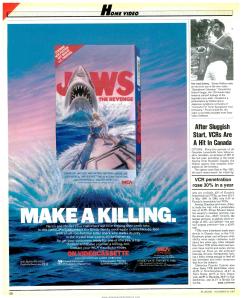 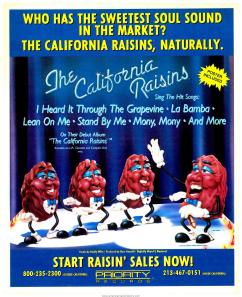 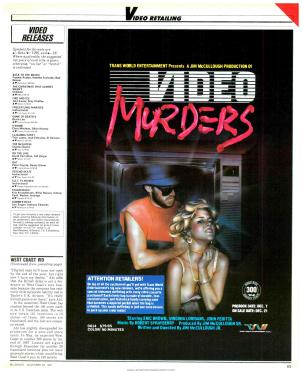