Brian De Palma has been accused of a great many crimes during his rich and varied career. The first of those accusations is that the legendary filmmaker aped the works of Alfred Hitchcock. There is more than a little truth to this accusation, but he’s certainly not alone. Hitchcock practically wrote the book on suspense. Would it not be wise, then, to borrow from the master? Or would it be wiser to create anti-Hitchcock films and flounder at the feet of proven convention?

Hitchcock has developed an almost God-like status since his death in 1980, and it’s hardly surprising. Movies such as Psycho, The Birds and North by North West are the lifeblood of modern cinema — movies that are dissected and emulated by budding filmmakers across the globe. So influential was Hitch that his style and innovations can be found in films from all genres. Danny DeVito would give us a comic retelling of Strangers on a Train with madcap comedy Throw Momma From the Train, John Carpenter would kick-start the slasher sub-genre by utilising Hitchcock’s mocking wit for low-budget revelation Halloween. Even the great David Lynch, a director who is seemingly immune to the derivative tag, would use a 50s aesthetic for exquisite mindf*ck Mullholland Drive, shades of the director’s favourite Hitch flick Vertigo more than prevalent.

Two more accusations directed at De Palma are a little more conventional. The first is misogynism, movies such as 1980‘s Dressed to Kill seen as chauvinistic slashers masquerading as stylish thrillers thanks to glossy productions and superior casts, with sexualized female characters who often seem to border on the vacuous. The fact is, controversy sells, and with Dressed to Kill De Palma went above and beyond the boundaries of what was deemed acceptable, rubbing sexuality and murder in our faces like a blood-soaked rag. Such an exploitative venture was seen as cheap and misguided by critics, particularly since the influence of one of their darlings was so transparent, but people forget that, back in 1960, Hitchcock was similarly lambasted after unleashing Norman Bates onto the cinematic landscape — a Freudian wet dream with a penchant for sexually motivated murder.

Psycho famously struggled to acquire financing due to its unprecedented potential for mainstream controversy — one of the reasons why the movie was shot in iconic black and white (another being Hitch’s belief that colour, particularly for the infamous shower scene, would be too much for audiences of the time). Just as shocking were those glimpses of Janet Leigh’s naked flesh, first as she cavorted in her underwear, and then completely nude, at least to the imagination, as Norman’s knife seemed to penetrate her naked torso. Psycho may seem tame by today’s standards, but at the time its shocking explosions of violence and sexual explicitness were deemed deeply taboo.

During the 1970s, the Italian Giallo would take the blood and guts mystery formula to a whole other stratosphere, and by the 1980s, explicit violence — the third accusation that has nipped at De Palma’s heels throughout much of his career — was much more admissible, and the slasher, a sub-genre that Hitchcock would also act as the genesis for, was motivated entirely by violence and misogyny, two tried-and-tested components that would contribute to the home video revolution. The slasher and Hitch are worlds apart in terms of graphic extremities, but that was more to do with the evolution of film and society at large. In 1960, the sight of an onscreen toilet, another reason for Psycho‘s controversy, was deemed unacceptable. In 1983, Mark Rosman’s The House on Sorority Row gave us a decapitated head in a toilet. Times had most certainly changed. 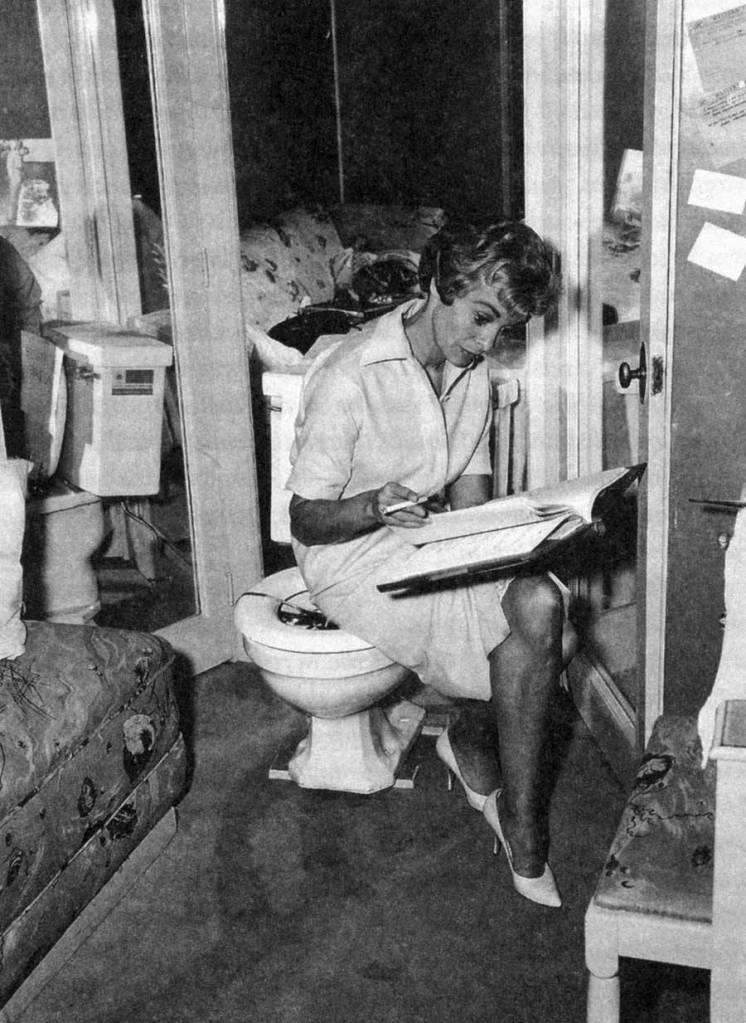 A year before the release of Body Double, De Palma gave us bloodsoaked crime thriller Scarface, an epic, warts-and-all story of the rise and fall of ‘political refugee’ and Miami kingpin Tony Montana (Al Pacino). A movie modelled on excess thanks to an Oliver Stone screenplay based on the writer’s own drug-fuelled lifestyle, Scarface would also feature a quasi-incestuous relationship between Montana and runaway sister, Gina, adding fuel to an already raging fire. Here, the violence and sexual implications were bloody and blatant, but not dissimilar to those found in Psycho.

Sam Bouchard: Don’t be so melodramatic. 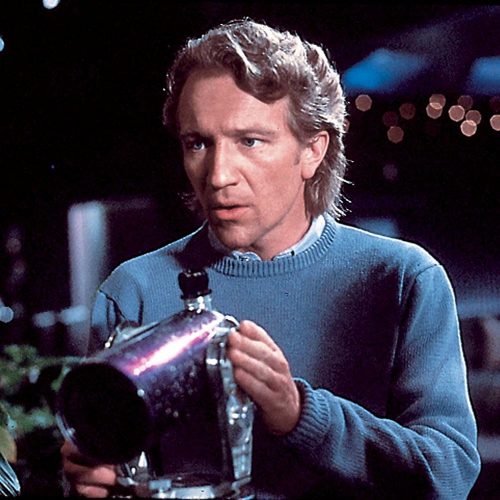 Wasson quickly becomes obsessed with the beautiful stranger, particularly when he notices a second man stalking her, but since he can be accused of the very same crime he has no other choice than to take matters into his own hands, and quickly becomes a convenient pawn in an unreal mystery with so many twists and turns it would be a crime to reveal them.

What I can reveal is that Body Double seems to be a platform for De Palma’s critical grievances. Firstly, we have the highly sexualized Deborah Shelton as the seedy apple of our protagonist’s eye. Her character is stalked with a phallic drill like a vacuous slasher victim, her demise shot through a rather familiar Rear Window lens. Wasson’s Scully has much in common with Rear Window‘s L.B. Jefferies (James Stewart): a growing obsession, an inescapable predicament and questions of personal morality, as Scully is drawn deeper into the mire against his own best judgement.

The infamous drill scene is the movie’s most controversial. It is blatant and unashamedly chauvinistic, leading to familiar cries of foul from outraged feminist groups. It is also masterfully delivered and fraught with tension, a painstaking example of suspense that leaves you gritting your teeth and narrowing your eyes as you await the inescapably inevitable. Of course, the scene wouldn’t have been half as effective if the victim of our priapic killer were a man — the equivalent of having John Wayne take on Marilyn Monroe in a bout of pistols at dawn.

Holly Body: I do not do animal acts. I do not do S&M or any variations of that particular bent, no water sports either. I will not shave my pussy, no fist-fucking and absolutely no coming in my face. I get $2000 a day and I do not work without a contract.

Wasson’s Scully is also reminiscent of another James Stewart character in Vertigo‘s ‘Scottie’ Ferguson, his struggles with the closed space phobia punctuating our descent into the movie’s overt unrealities: the overly dramatic and highly staged romantic parallels, instances of rear projection effect and a book-ending vampire narrative which seems to suggest that what we have experienced is a wholly fictitious ‘movie within a movie’. 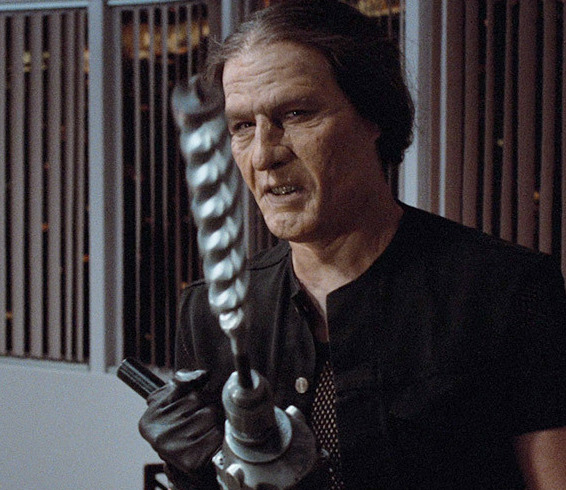 Could this be a protest against the all-too-serious and overbearing criticisms of a society at large, who seem to find more problems within the fictitious realms of movies than they do real-life atrocities, most of which are conveniently swept under the proverbial rug as we live comparative lives of luxury. Such topics are usually manufactured as a source of distraction from humanity’s true crimes. Ask an orphaned war child about their opinions on misogyny and violence in cinema and see what kind of response you get. Violence in slasher movies, the misrepresentation of women, the unabashed liberation of sexuality, both hetro and homo, it’s all here, and it’s all tinged with just a smidgen of irony. Perhaps the real lesson is, Judge not, that ye be not judged.

Is Body Double an exercise in style-over-substance? On the surface of things, perhaps. But the substance lies with its technical prowess, and the subtext and absurd overtones provide the movie’s meatier discourse. De Palma shades Body Double with the watercolour brush of ethereal fantasy, an apt representation of the media’s largely misguided grievances, but what he ultimately gives us is a masterful exercise in Hitchcockian suspense — a tense plot wound with the flawless precision of a Swiss watchmaker.

It takes great expertise to keep your audience in the dark until the very end, and even more to keep them engrossed in a plot which seems to have little or no logic. Perhaps the point of the movie was to provide a pulpit for those who are more concerned with scandal than filmmaking, while others can derive satisfaction from the fruits of De Palma’s technical mastery. We sometimes seem to forget that movies are exactly that: movies, and Body Double—a title that works on both a literal and figurative level—is a movie in the purest sense of the word.